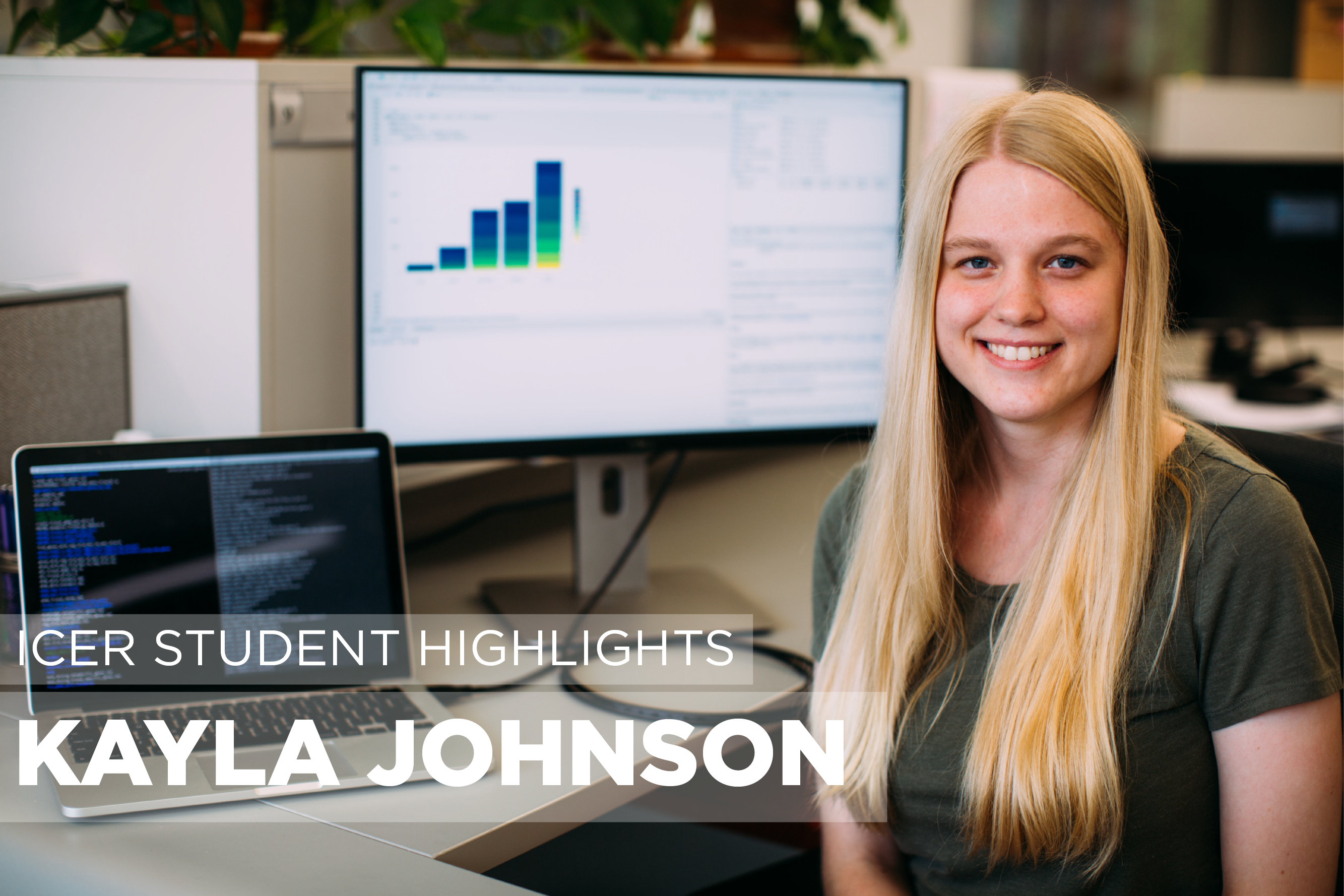 Kayla Johnson is a graduate student in the departments of Biochemistry and Molecular Biology and Computational Mathematics, Science, and Engineering at Michigan State University. Here, she works under Dr. Arjun Krishnan to analyze genomic data and measure the expression of genes in order to build gene interaction networks. In other words, she studies human genetics in order to find systems and patterns of genes that correlate to certain diseases and to understand how these are impacted by a patient’s age, sex, and the tissues specific to the problems exhibited by the patient. Johnson solves these problems using RNA-Seq, an experimental technology specifically designed to measure which genes are expressed within a tissue and to what degree. She then applies machine learning algorithms to this data. These algorithms, Kayla states, “can detect with a high level of confidence which of genes are more likely to be interacting vs. non interacting.” Understanding the circumstances under which these interactions take place allows researchers to come closer to being able to pinpoint how gene expression varies depending on the age and sex of patients with certain diseases and disorders.

Johnson’s interest in computational biochemistry began after entering graduate school. Prior to graduate school, her experience was almost entirely in the field of wet lab[1] biology, where she worked in targeted drug delivery for cancer therapies. She was initially interested in continuing this research after her undergraduate program but, after one afternoon of mouse experiments, she quickly determined that she was not cut out for animal research. Despite this experience, she still retained her interest and passion for human health and disease. This led her to computational research.

At first, computational research was challenging as she had no prior experience in the field. Johnson says she came to the Krishnan lab expressing her interest in computational biology and found the group more than willing to teach someone with no computing background. Johnson has since learned how to program in several different languages and use a high performance computer. She stated that “picking up an entire field of computational science” was the greatest challenge she faced on her scientific journey.

Naturally, given that this is a data-driven computational project, Johnson heavily utilizes HPCC services in her research. RNA-Seq generates large quantities of data on which billions of calculations are performed to build an entire gene network. Performing this many computations within a reasonable timeframe would be impossible without high performance computing systems.

Ideally, Kayla's research will help push medical treatment toward a more personalized approach. Currently, not much is known about how gene interactions change depending on the age and sex of a patient. As a consequence, Johnson explains, doctors’ best option is a “generic drug normally used to treat a particular disease. It works in the group that normally takes it, but if you’re a patient who doesn’t fit the typical sex or age-group it can be difficult to find an effective treatment.” Identifying the differences and relationships between genomic expression, age, and sex within patients, will enable doctors to more easily tailor treatment specifically to patients within a certain demographic. All in all, there is no doubt that Johnson’s determination and hard work will push this field forward and reach new heights in the scientific community.